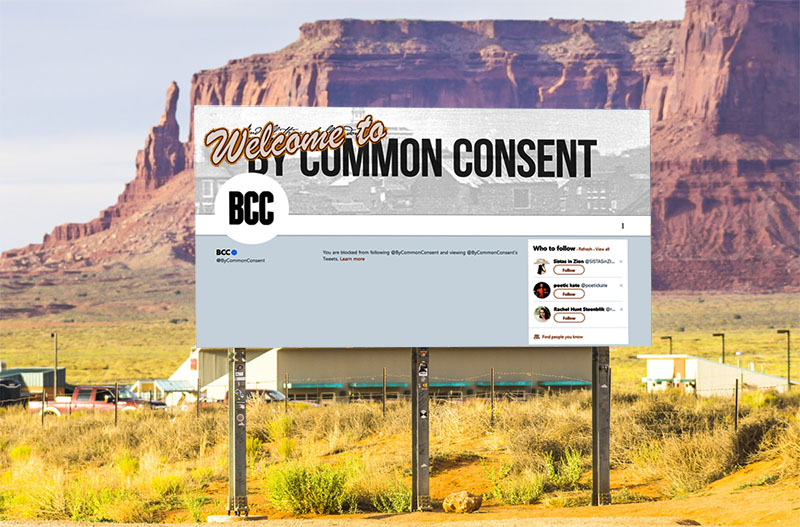 With over 100,000 visitors per month and 23,000 followers on Twitter, there is little argument that ByCommonConsent.com is the one of the biggest “Mormon” blogs on the internet. But many church members are finding that it isn’t a very friendly or tolerant place. Many find themselves blocked by BCC or their followers on Twitter. But BCC doesn’t seem to like being blocked. When BCC found that they were blocked by a BYU account they complained. When they were blocked, then it was wrong because “in Zion none are blocked,” but later, BCC proudly boasted that blocking is a good thing to do. 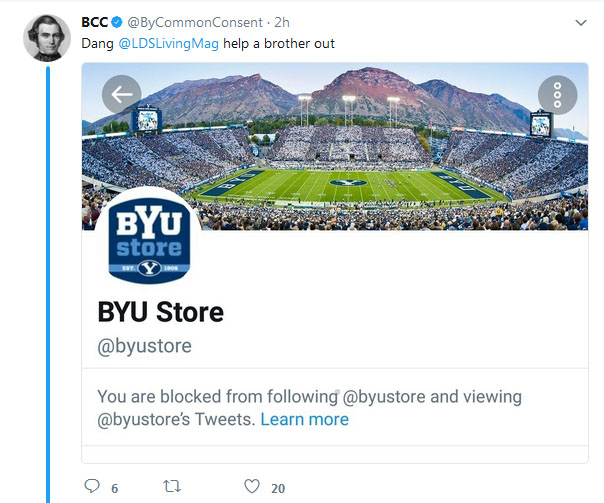 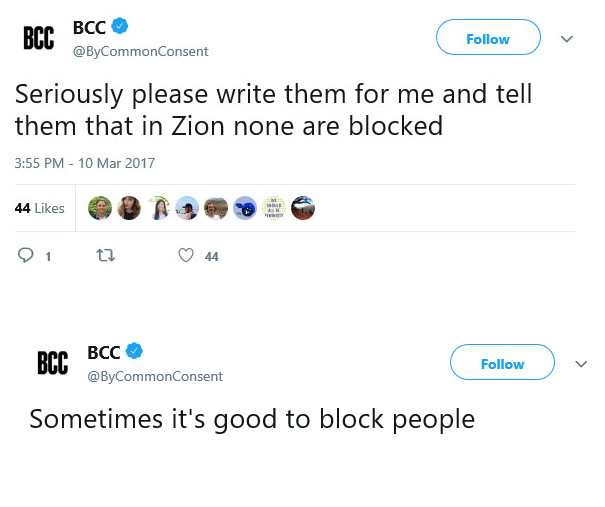 When a fellow liberal complained about being blocked by Elder Holland, BCC suggested writing to Salt Lake about it. 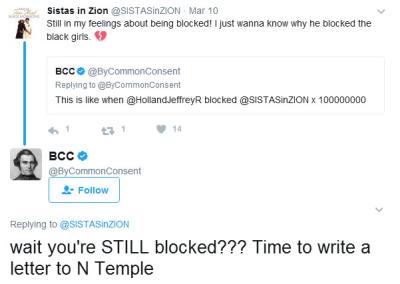 But it’s a lot worse than hypocrisy about blocking. A couple days ago, a crazed Anti-Muslim madman in New Zealand stormed a mosque and killed lots of people. It is a horrible act which is widely condemned across the entire Latter-day Saint community. Stories began appearing in the press that the shooter posted a racist manifesto on social media which was “designed to troll” and which “made reference to memes.” “It’s hard to spot the terrorists among the trolls,” warned Wall Street Journal. The shooter “combines white-supremacist and Islamophobic thoughts with several references to memes,” reported The Washington Post. The shooter posted on social media under a meme that was popular among racists, reported Sydney Morning Herald. The shooter also reportedly said “subscribe to PewDiePie,” a line which is frequently repeated on social media by PewDiePie’s subscribers.

Well, a day after the shooting, BCC said Latter-day Saints are likewise guilty of racist trolling and memes. BCC just couldn’t resist attacking members he hates in the church.

What does BBC mean by the “hashtag crowd”? What is that? Is that a reference to #Deznat, a Latter-day Saint hashtag which the Daily Beast smeared as an Alt-Right cult? Well, Deznat often posts memes and there’s plenty of trolling, though the trolling I see is liberals pretending to be conservatives or saying hateful things about conservatives. But Daily Beast set the narrative and then liberals ran with it, so now it’s considered a racist hashtag. It must be a racist hashtag, because they disagree with it. 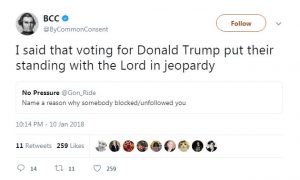 Of course, it’s easy for liberals to call anything they don’t like “hateful” and use that as an excuse to ban it. Or call it “intolerant” and use that as an excuse to behave intolerantly and spread hatred toward. But what does BCC propose as a solution? Are they going to keep blocking people, or do they want some other method to prevent “racist” and “hateful” speech?

Oh, and then there’s BCC’s own racism: 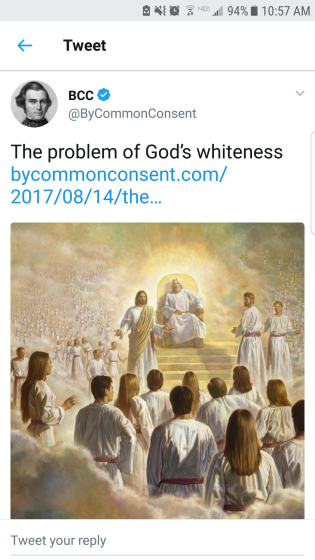 Conservative members of the church aren’t tolerated to speak, because that’s racist, apparently. But I haven’t seen actual racism from conservative Latter-day Saints on social media. These racist hashtags and memes they are talking about, I haven’t seen any, and I don’t see how BCC could have seen them if they have so many people blocked. BCC says “I see members of my faith doing this,” but how is that possible?

Racism has time and time again been condemned by church leaders and church members. Racial supremacy and threats of violence simply do not happen. The only intolerance and hatred I see is coming from the “woke” liberal side which holds its liberal dogmas above anything else. Let’s be real. It’s sad and disgusting that BCC divides the Latter-day Saint community so deeply. It is sad that they promote intolerance and hatred, sowing discord within the church, and it is time to call it out. It needs to stop.

Finally, isn’t it a bit coincidental that the mosque shooting happened in New Zealand, considering New Zealand’s prime minister is an Ex-Mormon feminist who champions liberal causes, the same causes we see among “woke Mormon” Twitter?