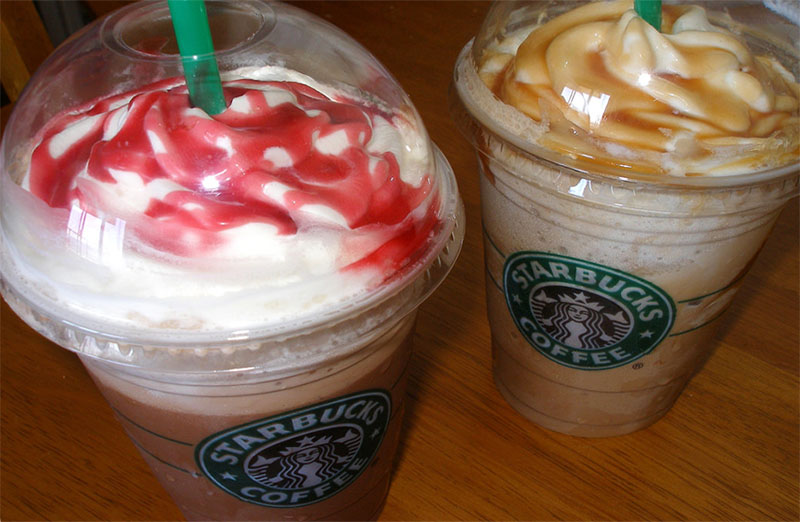 In about 2014, group of “cultural Mormons” in the luxurious Upper East Side of Manhattan got together and formed a club called “Feminist Home Evening.” They billed it as “a safe place to be connected to your Mormonism,” according to NPR.

“The topics of conversation can be serious at times. Like the recent change to church policy that prevents the children of gay parents from being baptized… Other topics aren’t quite as heavy and might even seem trivial.

“Coffee is a complicated relationship,” says Heather McGee Teadoro, who is 25 years old and grew up in Utah. She admits she loves coffee and always has.

As a teenager, McGee Teadoro drifted away from the LDS church, and her coffee habits weren’t an issue, but she’s recently decided to return. Now, that craving is more problematic….

“I’m self-conscious among Mormons holding a cup of iced coffee,” says Kate Cowley, 34, a film producer who lives in Manhattan with her husband and three young children. “I would feel, you know, I would feel uncomfortable.”
NPR.org

Now, I know what you all are thinking. But is this really a bad thing? Heather McGree Teadoro would probably find my conversations with church friends just as silly. People need to get with their friends to talk things out, and that’s alright. At least they are trying to put some kind of focus on the church. I think as long as they are making an effort they should not be condemned. And it’s not their fault NPR is only interested in their FHE group.

I have to admit, I just about spit out my orange soft-drink when I read the line about coffee. Of course! But reading it again, I’m thinking maybe it isn’t so trivial. Every day driving to work I see endless lines of cars looping through Starbucks, and I have friends who truly struggled with the deeply ingrained cultural drug. I know some who have even left the church because it. No harmful addiction is to be laughed at, and coffee is truly without equal. Well, until marijuana becomes mainstream in another five years, anyway.

Lately, it seems like the feminist dominance of the Progmo crowd has diminished. But don’t be fooled. Feminism (specifically, third-wave feminism) will always be their basis, and the reason for it very much involves coffee.

Men produce testosterone easily because they have testes that can produce large amounts at one time. Testosterone is great for men because it increases red blood cells, bone density, muscle mass, and open blood vessels. Many men drink coffee right before a workout because the caffeine boosts testosterone for more energy. Despite side effects, caffeine helps build muscle in a workout. But what about men who drink coffee normally throughout the day, not during a workout? It starts to replace the normal production of testosterone and men end up with a decrease.

With women, it’s a lot different. Women cannot create testosterone easily because it requires producing enzymes to add carbon atoms, and they don’t have the same hardware as men. It takes a lot of energy for the ovaries to add these carbon atoms. It’s a lot easier for both men and women to create estrogen, however, because this involves removing carbon atoms, and removal of the atoms takes less energy. Men already have these enzymes, making the production of estrogen for men even easier.

Female athletes are able to produce lots of testosterone, but casual coffee drinkers don’t. They don’t get the testosterone from coffee that men do. The female body compensates for testosterone with high levels of adrenalin, some serotonin, and norepinephrine, and lower estrogen. This affects the brain in a way differently than testosterone. It makes them panicky and on edge, as if they were constantly expecting an attack in a war. When taken to the extreme, the brain has a harder time telling the difference between imaginary and real scenarios, and they become paranoid and hyper-vigilant.

Men become more like women from drinking coffee, while women become more irrational. I always just assumed that coffee and everything else affects everyone in the same way, but scientists now agree it is different according to sex and race. This difference can be seen in a countenance of heavy coffee drinkers.

Why Feminists Dominate The Progmo Press

This may explain why Progmos in the mainstream newspapers and blogs tend to be female. The heightened alertness and stress drives them to be bold and loud, screaming their messages and always looking for a quarrel. The male Progmos who drink coffee, on the other hand, tend to be docile and mild mannered due to unhealthy levels of estrogen. They tend to be either sickly skinny or well overweight because of the toll swings in testosterone levels take on the heart. This may explain why these men immediately block people they disagree with on social media and run away from confrontation. They cry to their buddies for comfort while the women have no problem with vicious confrontation. What little naturally-produced testosterone these men have feeds the most innate masculine urge men have: to white knight for the women of their tribe when the women are attacked.

Of course, this is a generalization and exaggeration. There are plenty of Progmos out there who don’t drink coffee, and there are plenty of coffee drinkers that don’t display these traits. It is complicated how coffee affects people differently. But there is a reason why the Word of Wisdom places a blanket ban on all coffee for all people. I believe it is extremely rare that it benefits a person more than it injures them.

It’s pretty obvious the way some Progmo feminists worship coffee that there is a problem. We see the same obsessive behavior in marijuana advocates, the meltdowns when anyone criticizes their beloved subsistence. It is important to remember that while caffeine helps men in physical workouts to build testosterone, it messes up the the hormones. It inhibits dopamine which helps people stay rational. It boosts the compensating adrenalin. This is why women addicted to coffee have much higher levels of adrenalin . This adrenalin replaces estrogen that would normally go to the receptors. When the amount of competing hormones become too much, estrogen is rejected and destroyed. This tug-of-war between hormones results in combative attitudes, a person always look for a fight, irrationality, and everything else we associate with some Progmos. It makes them over-sensitive and anxious. The moment someone tries to correct their thinking or even just disagrees with them, both the men and women have emotional meltdowns.

This is also why they always see themselves as victims, because these symptoms are the same effects that abuse victims experience. The brain cannot tell the difference between real and imagined scenarios, so they automatically associate their crushed emotions with the person who disagreed with them. Lower serotonin and dopamine levels cause depression and anxiety. The depression that results lowers the motivation to change the problem and spirals to an even deeper depression, becoming an ever crushing hole of addiction.

For many, the first step is to break the habit. Then they can develop gospel doctrine and healthy habits that enrich their lives and build up a joyful church community. Let’s hope they do.