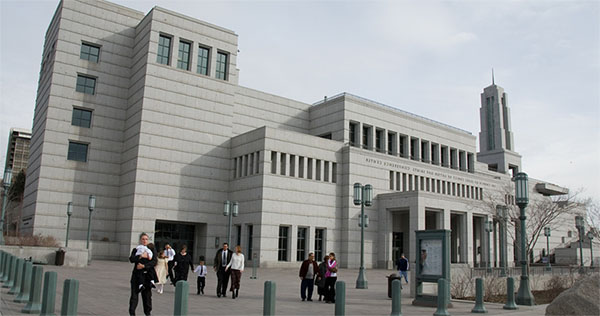 As I see the media every couple of weeks rotate between the same trigger topics to attack Mormons, nothing makes me more sad than when the media trots out victims of sexual abuse–women and children who are hurting and in need of help–into the spotlight like some kind of circus sideshow, like an exhibit that portrays Mormons as grotesque and horrible. “Some see the poor victims of Mormon brutality! Come one! Come all! Hurry, hurry!”

The woman who was allegedly abused by the ex-Mormon mission president did not ask for the anti-Mormons to leak her recorded voice or for the media to propagate it to millions of people. Few people understand the damage it does, the level of humiliation and trauma it inflicts to an abuse victim, when her story is non-consensually proclaimed in the newspapers. The media trumpeted the recording far and wide with zero regard for the victim’s health, because to them it is not really about stopping abuse or helping women. It is about attacking Mormons.

Like the intelligent propagandists they are, the New York Times and Fox News have their rhetoric down to a science. Groups such as MormonLeaks leak private recordings and documents that may damage the church. Then there are low-level Anti-Mormons on Reddit, dutiful sentinels, who vigilantly keep watch for anything that will raise a flag. The leaders of these groups have hundreds of journalists on speed-dial in case anything juicy turns up. The sentinels alert the journalists, and once a fire is lit, these journalists wait for any further news that will pour fuel on the fire.

“Mormon leader’s remark on sexual misconduct draws criticism,” is the headline by Associated Press, and we are told that the Elder Quentin L. Cook’s phrase “non-consensual immorality” is bad because it “could be interpreted as victim blaming.” It is hurtful to group “victims of sexual abuse” with immorality, we are told. Yes, that is true. But anyone who has actually listened to the talk knows that Elder Cook was not talking about victims of abuse. He was talking about abusers, and made the correct, oft-repeated point that abusers commit grave immorality. Associated Press is creating an issue out of nothing by taking the phrase out of context.

The author of this article, Brady Williams, earlier wrote an article on Mormon polygamy. We know the media is always falsely portraying polygamists as Mormons to attack the church, right? The polygamists’ “religious beliefs” prevented them “from working for a woman,” he reported. Oh, Mormons are so misogynist!

It is obvious that Brady Williams is heavily biased against the LDS church and will do anything to malign Mormons. He takes people and situations out of context to make Mormons look like they are abusive towards women. He is one smart propagandist out of thousands, and they all know how to take words and events out of context, how to spin and omit facts, and how to coordinate with secretive anti-Mormon groups and online activists.

“Come one! Come all! See the oppressive Mormons and their poor oppressed women!”

Many young members of the church cave in to this persecution. It is not easy for a young person to have social justice warriors sneer at him for “hating gays,” or to be rejected by friends because of “how Mormons are.” Women in the church are humiliated every time they are reminded of the church’s history with polygamy. It is not easy.

We can stand against this relentless barrage of propaganda by exposing the media circus show for what it is. We can show real care for victims of abuse and call out unrighteous dominion anywhere we see it, particularly in Hollywood, top Leftist leadership, their push to transition children’s’ gender, pornography–and also when we see it in the church. We must be vigilant to protect the vulnerable everywhere. But we can also can show confidence in the priesthood structure which makes our church the safest place we can be. We can steel our fortitude against the darts of the opposition and winds of the world.